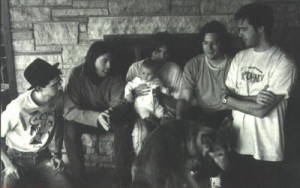 Very interesting stuff: hear an interview with Steve Albini on Nirvana’s ‘In Utero’ on the Kreative Kontrol podcast with Vhish Khanna. He talks about the recording sessions, mixing, expectations around the band, the 20th Anniversary edition that is about to be released and much more.